Promenade des Anglais in Nice is the most important attraction in the city. It stretches for seven kilometers and provides an uninterrupted view of the azure sea and palm trees.

In Nice, we call it the Prom but its full name is the Promenade des Anglais (Walkway of the English). Its name comes from the English aristocrats who came to Nice in the 18th century to enjoy the health benefits of the local climate. At that time, the shoreline was not so regular, and because the lords and their wives wanted to walk comfortably, a seaside promenade was built (with the hands and finances of the English people). The English names of the hotels, such as Westminster and West End, still bear witness to the influence of the islanders on this place.

Today’s promenade is not only a popular place for walks, but also for sports. A bike path runs throughout its entire length, and every now and then you can run into runners, roller skaters, or other sports enthusiasts. This place is so busy that it’s easy to have an accident here.

The Promenade des Anglais is also where many events are organized. It is here that part of the famous Nice Carnival takes place, as well as sporting events, exhibitions, and meetings. The Promenade also leads to many interesting places and attractions in Nice. There are magnificent parks, museums, fashionable beaches, and, of course, luxury hotels and casinos. One of the most expensive hotels is the Le Negresco hotel, in which Michael Jackson has stayed. 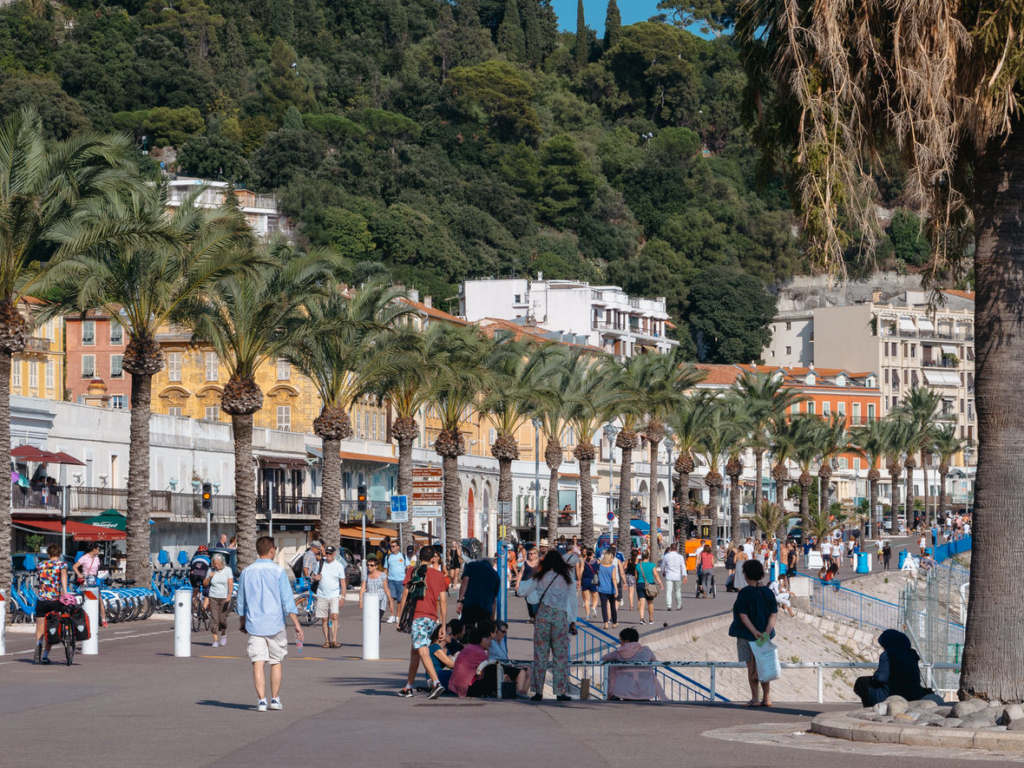 One day in Nice: Promenade des Anglais in Nice, France

From the Promenade des Anglais you can also reach Castle Hill and enter the Old Town of Nice. Going the other way you will pass the Massena Museum, which is housed in a beautiful villa with a magnificent garden, further along you will reach the Museum of Fine Arts in Nice and, of course, the airport. During the high season, most planes come in to land just above the Bay of Angels, which guarantees additional interesting impressions for people resting nearby. Emirates aircraft are especially low-flying.

Walking along the promenade you will see a metal structure out in the water the height of the Mediterranean Palace hotel and casino (Palais de Méditerranée). These are the remains of the impressive Casino de la Jetée-Promenade, which was built out over the water during La Belle Époque period. Unfortunately, the building did not survive World War II. Today it is often said in Nice that this building should be rebuilt, but it is not likely that such plans will be implemented any time soon.

Closer to Castle Hill, in front of Place Massena stands another huge metal construction, which I call toothpicks. This sculpture, by Bernar Venet, is called Neuf Lignes Obliques and commemorates the 150th anniversary of the annexation of Nice by France. It is 30 m tall and is made up of nine poles separately growing from the ground, which merge at their tops. This monument symbolizes the nine regions that were joined to France in 1860. It is worth mentioning that just a few meters away, in front of the Nice Opera House, there is a miniature of the Statue of Liberty.

On July 14, 2016, the Promenade des Anglais was the location of a terrorist attack. The attack in Nice took place during Bastille Day, as the French were celebrating. The assassin drove a truck into a crowd of people, killing 86 people and injuring 202. He was shot by police. 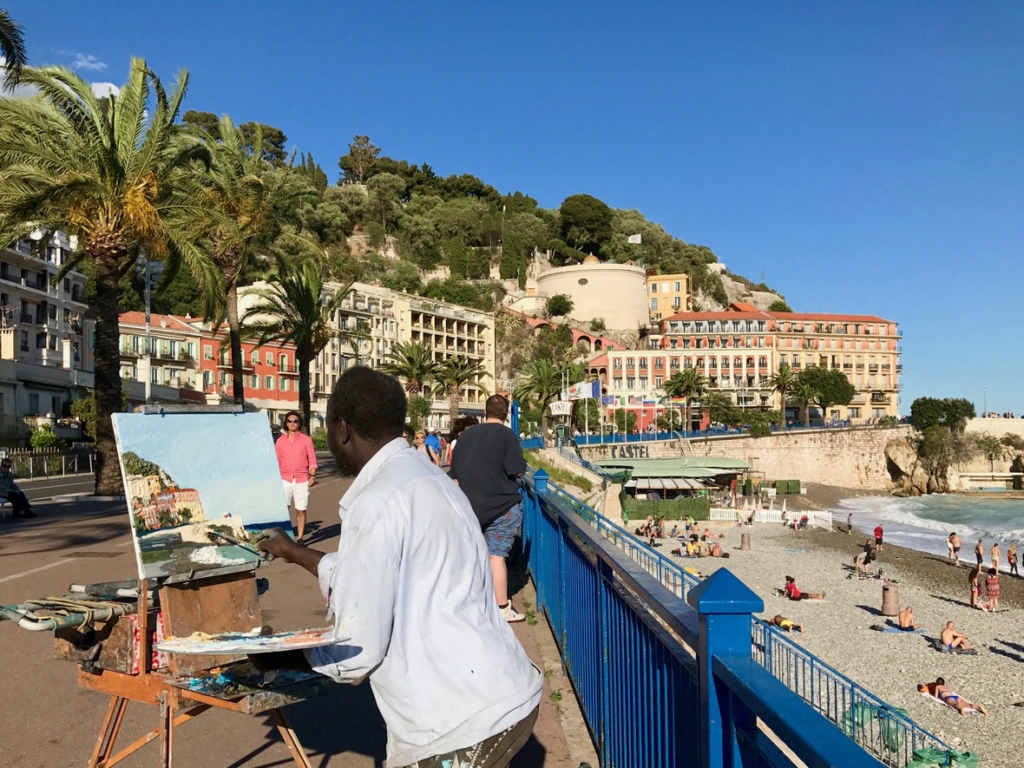 After the attack, the Promenade des Anglais was secured by installing poles and barriers that separate vehicle traffic from pedestrians. Following this incident, tourists’ interest in the region decreased, but it soon returned to the state it was before the attack. If you are wondering whether Nice is safe, as a resident I can answer that it is as safe as anywhere else. Similar, sad events can happen anywhere.