Museum of Fine Arts in Nice

Museum of Fine Arts in Nice

The Museum of Fine Arts in Nice is located in the residential district of Baumettes in a residence built for a Ukrainian princess. It exhibits mainly paintings by the Impressionists and Post-Impressionists as well as sculptures and ceramics. Some of the exhibits were sent to Nice by Napoleon III.

The Museum of Fine Arts in Nice (Musée des Beaux-Arts Jules Chéret) is named after Jules Chéret, a famous French painter and poster artist. Chéret died in 1932, and during the last years of his life he worked in Nice. The museum was opened in 1928 in a magnificent mansion at 33 avenue des Baumettes in a residential quarter once inhabited by Russian and English aristocracy.

Beginnings of the Museum of Fine Arts in Nice

Nice, before joining France in 1860, did not have a museum of fine arts and history. The museum collection was initiated by Emperor Napoleon III, who decided to bring many works by artists of international significance to the city. Unfortunately, the city did not have a place to exhibit the collection, which is why it was presented in various locations. 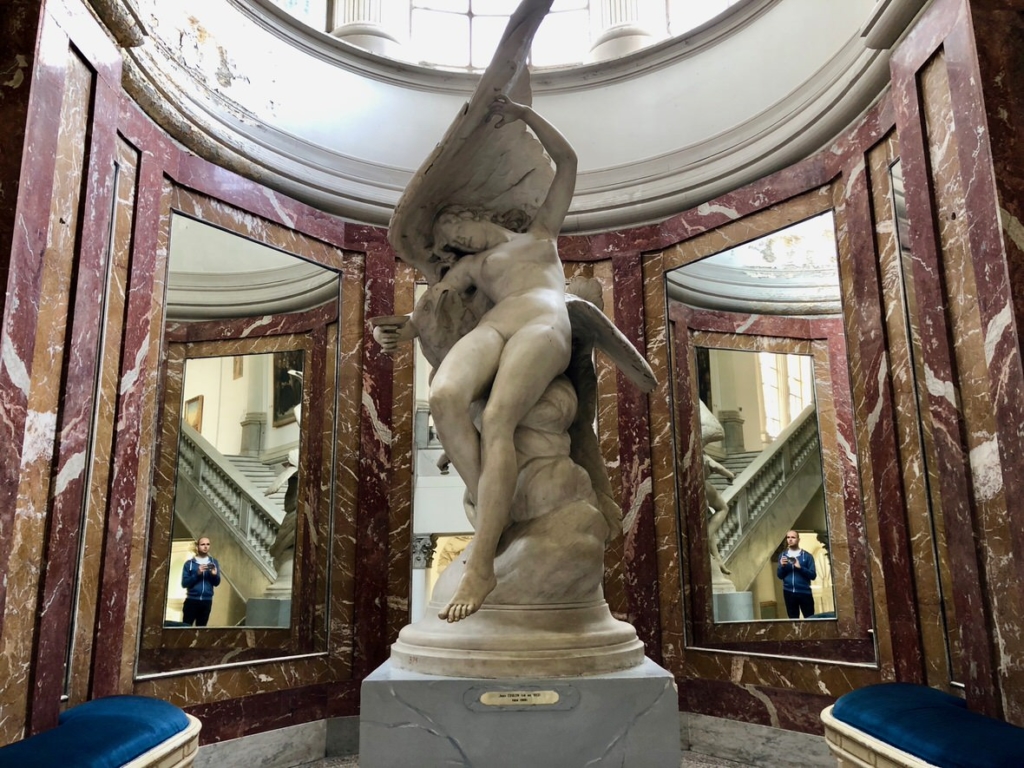 It was not until 1925 that Nice bought the building that currently houses the Museum of Fine Arts. It is a nineteenth-century neo-Renaissance residence originally built for the Ukrainian princess, Elisabeth Kotchoubey, who never actually lived there. She sold the building to an American businessman before construction was even completed. The next owner – the city of Nice – rebuilt the interior of the residence so that it could act as a museum. However, the huge staircase, considered to be the most beautiful example from the Belle Epoque on the Cote d’Azur, has been preserved.

The building is surrounded by a city park, which is the only remnant of an impressive English-style garden to remain. The former part of the garden is now occupied by an elegant house inhabited, among others, by the author of this guide ;-).

Exposition at the Museum of Fine Arts

The museum exhibits its collections on two levels. On the ground floor, just behind the cash registers in the former winter garden, there are sculptures, including Nature unveiled before the Science (Louis-Ernest Barrias) and the wonderful Silence attributed to L. Guglielmi.

In the corridor leading to the exhibition rooms there is a small work by Eugène Delacroix, and the room right behind the wall is filled with huge paintings related to the Dutch family of Van Loo. There is also a project for a monument by Tarnowsky, who commemorated the Russian painter Maria Baszkircew. Her works are also in the museum.

On the first floor, at the end of the corridor, the most valuable work from the museum’s collection hangs behind glass. This is the Crucifixion by Agnolo Bronzino, painted around 1540. In the next room, there are fantastic paintings by the French symbolist, Gust-Adolf Mossy, who was also the custodian of this museum (as was his father). 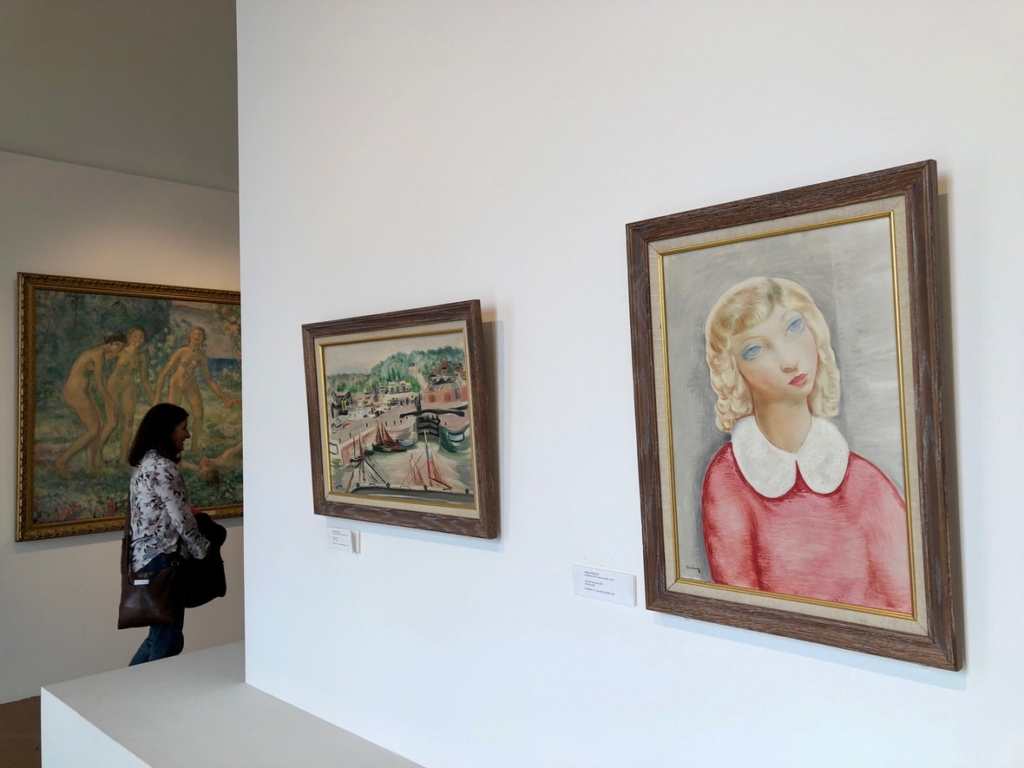 There are also works by Raoul Dufy, in which you can recognize views of Nice; and also Louisa Brea, Pierre Bonnard, Edouard Vuillard, and Kisling. There is, of course, a separate room for the works of Jules Chéret, the patron of the museum, and there are also ceramics decorated by Pablo Picasso.

Practical information about the Museum of Fine Arts in Nice

The Nice Museum of Fine Arts can be reached from the city center via the Promenade des Anglais. The signs leading to the museum inform about the necessity of descending from the Promenade. You can also go straight along the tourist street, rue Massena and then rue de France, from Place Massena. A walk along this route will not take more than 25 minutes. You can also take the T2 train, stop: Centre Universitaire.

The museum and park are open from Tuesday to Sunday, from 10AM to 6PM in summer and from 11AM to 6PM in other seasons. The admission ticket costs 10 euros. You can also buy a ticket for 20 euros, which entitles you to see other Nice museums within seven days.

The Museum of Fine Arts in Nice fell victim to a thief in 2007. Interestingly (although I am not surprised at all), the theft was made during the facility’s opening hours. The thief was dressed as a cleaner and carried out, among others, works by Monet and Sisley worth approximately EUR 200 million. The thief was captured by the FBI. Apparently he has discovered a talent for painting in prison ;-).