There is a house in a truly Greek style on the French Riviera. This is Villa Kerylos, built on a rock next to the sea in Beaulieu-sur-Mer. The building is a faithful copy of a Greek mansion from over 2,000 years ago.

The Greek styled Villa Kerylos in Beaulieu-sur-Mer is located near Nice on the Monaco side. It was built at the beginning of the 20th century (1902 – 1908) for the French archaeologist, Theodor Reinach, whose wife Fanny was the niece of Maurice Ephrussi, husband of Beatrice de Rothschild. I mention this because a bit further on lies the beautiful and much larger villa Ephrussi de Rothschild, about which I have already written in the blog. The Rothschilds loved the area and the Kerylos villa so much that they bought land on the Cap-Ferrat peninsula and built their own property there.

Villa Kerylos, a faithful copy of a Cyclades mansion

Villa Kerylos is a faithful copy of a Greek house from the Cyclades islands. It was in such estates that aristocrats lived in the 2nd century BC. The name of the estate means Halcyon (kingfisher), a bird that heralds good events.

Gustave Eiffel spent his retirement next to Villa Kerylos. The street leading to Kerylos took its name, while Eiffel House is currently a luxury hotel.

The builders of Villa Kerylos managed to perfectly recreate a Greek atmosphere in France during the la Belle Epoque period. The structure is not a miserable copy, but a luxurious property refined in every detail – full of sculptures and wall paintings. Among the many rooms, it is worth mentioning, for example, the library, a salon only for men, a Greek bath, and the peristyle (internal courtyard with columns). 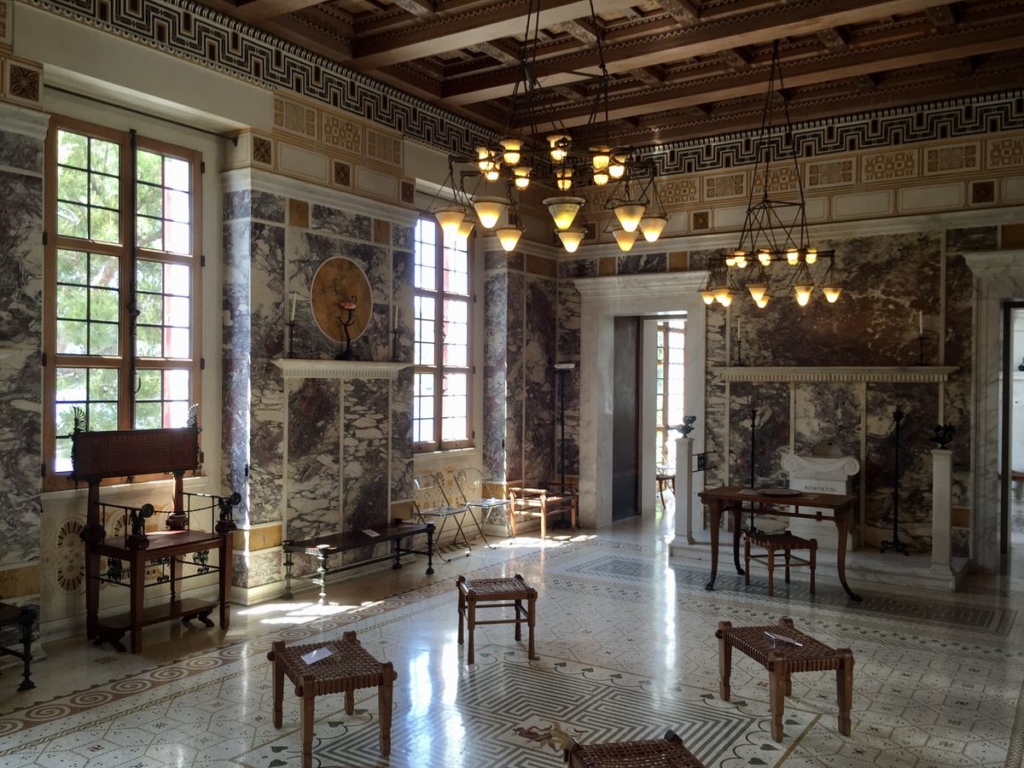 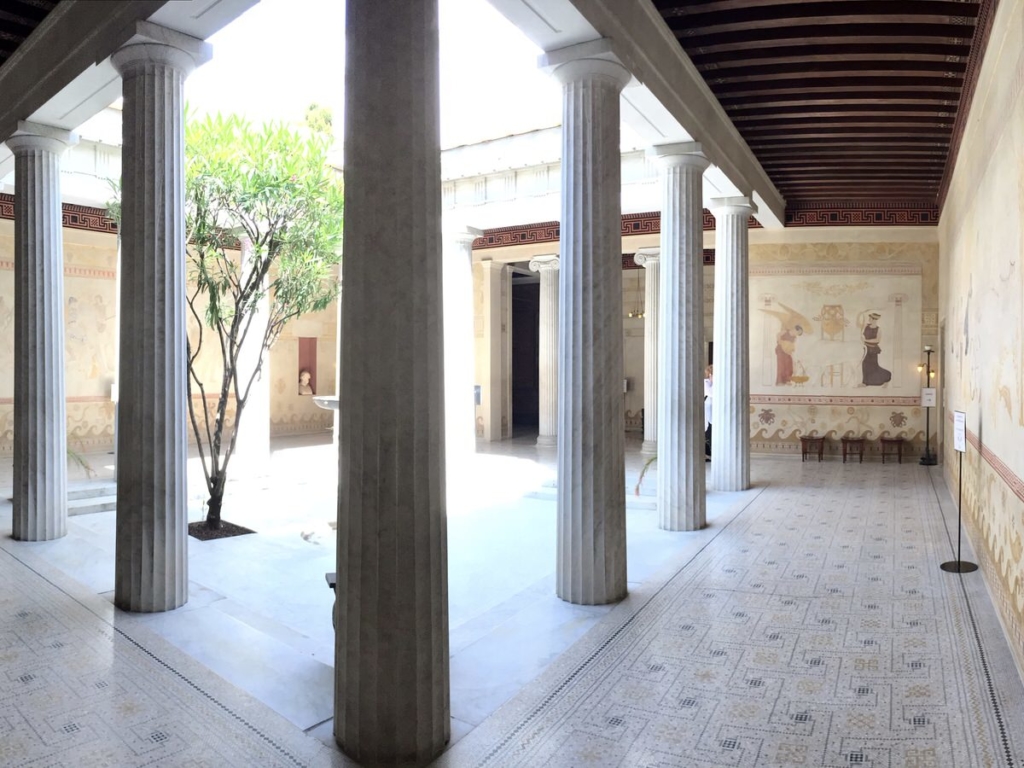 No less impressive are the private rooms upstairs – separate bathrooms for spouses, separate bedrooms with a shared room between them. There is a lot of light everywhere, and the views from the windows are of course captivating. You can not only see  the sea and waves crashing on the rocky coast, but also the tall slopes near Eze and Monaco.

The Greek styled Villa Kerylos stands on Impasse Gustave Eiffel in Beaulieu-sur-Mer. You can easily get there from Nice by train, and from the train station it is only a few minutes walk. Admission costs 11.50 euros (reduced to 9 euros), but you can also buy a ticket for 20 euros. For this price, you’ll also see the nearby Ephrussi de Rothschild villa and its beautiful gardens. You can borrow an English audio guide for free at the ticket office.

Villa Kerylos is managed by the Paris Academy of Fine Arts, to whom it was given after the death of the owner, just as happened with the villa of Ephrussi de Rothschild. Additional information: villakerylos.fr.