Of all the places that are essential to see in Nice, there are two attractions that are a must.  It’s hard to ignore them because they are both in the open-air and very visible. One of them is Castle Hill, with its ruins of a defensive walls, an artificial waterfall, and a elevator built into the rock. The second is, of course, the Promenade des Anglais.

Castle Hill in Nice (Colline du Château) dominates the city and divides the seaside part of Nice into two parts: the eastern part with the port, and the western part with the Old Town of Nice. The 92 m high hill offers views from all sides, and tourists take the most recognizable photos of Nice from here.

In 4th century BC there was a Greek settlement called Nikaia situated here, while the first mention of the castle and cathedral dates back to the 11th century when these buildings were the center of the town on the hill. Though it can be seen on numerous historical engravings, the castle itself was unfortunately demolished in 1706 at the request of Louis XIV after it had been handed over to the French a year earlier. Later on, a place for a cemetery was made on the hill, and a large municipal park with a restaurant was built. There are archaeological excavations currently underway in part of the park.

To the top of Castle Hill in Nice, by lift or stairs

There are several possibilities for getting to the top of Castle Hill. I recommend choosing the staircase right next to the Promenade des Anglais, or the lift that is available in the same place. The elevator looks old and run-down, but it works. It is worth knowing that it was built into the place where a well supplying the former castle used to be. By the way, a small but useful digression: elevator in French is “ascenseur.” There are many signs indicating the locations of the Monaco’s elevators. 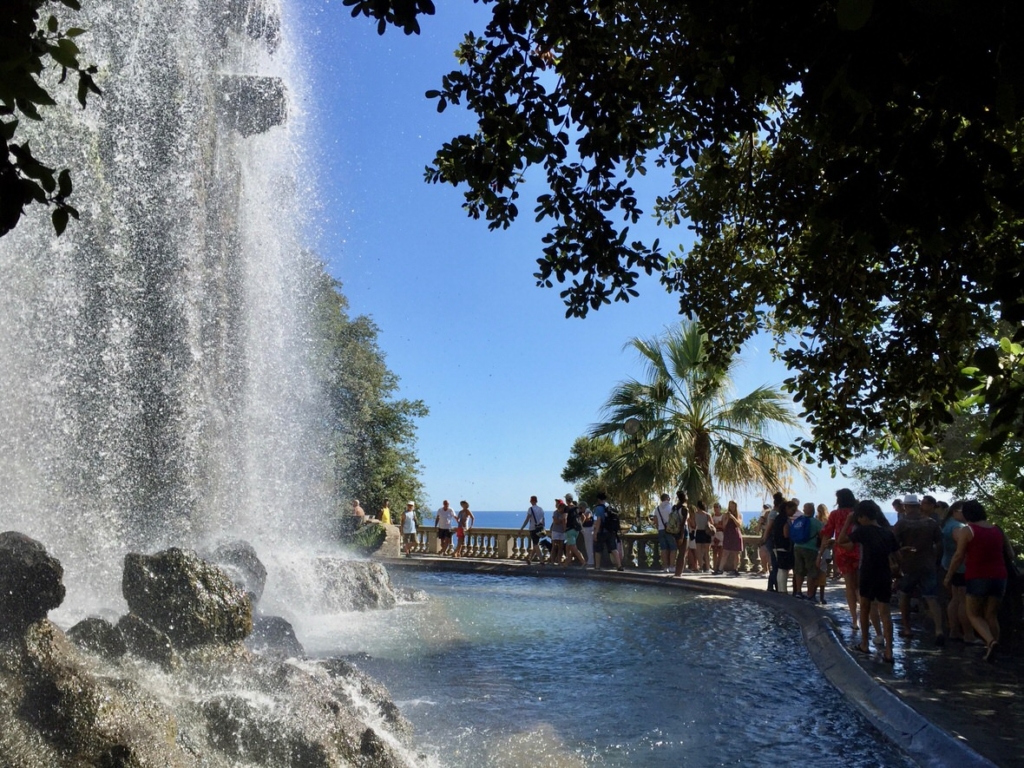 Artificial waterfall on the Castle Hill in Nice

The building that looks like a huge barrel just by the stairs, is the Bellanda Tower, which now houses the Maritime Museum. It was built in 1826 and is a reconstruction of one of the bastions of the former castle. The French composer Hector Berlioz lived in it. Here he wrote, among others, the famous “King Lear” overture.

On Castle Hill in Nice it is worth seeing: 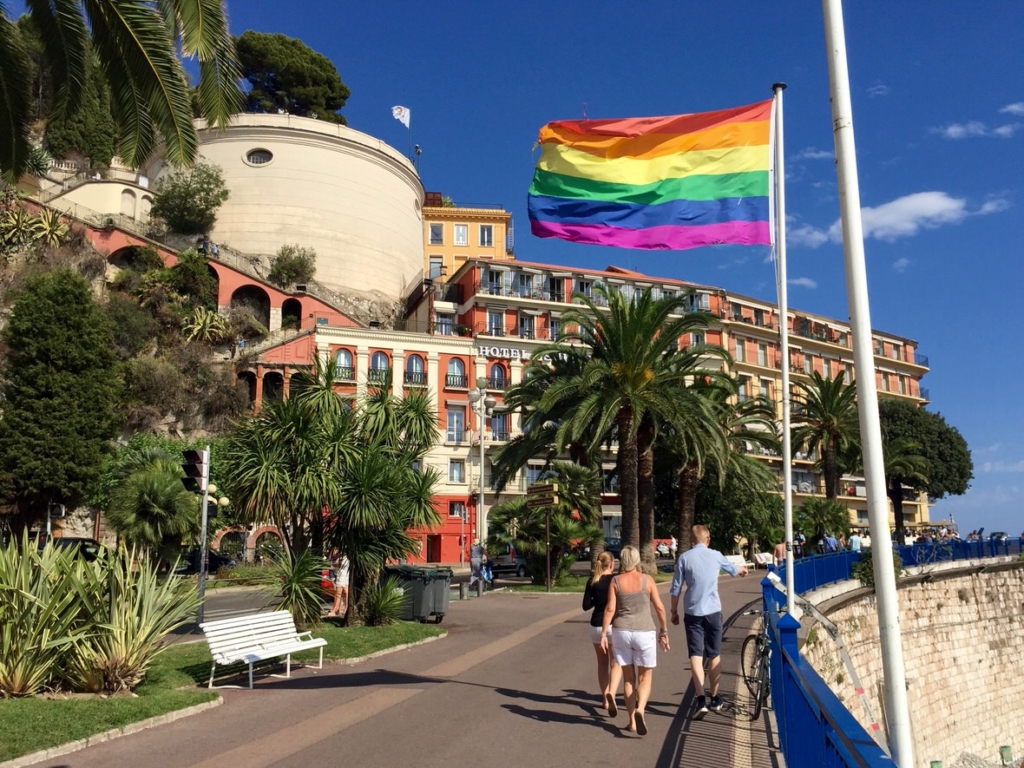 One of the entrance to the Castle Hill in Nice

After you’ve seen everything, it is worth going to the cemetery. You will find the path to the cemetery on the port side, just behind the public toilet (head towards the land with the sea behind you). After descending the stairs (about 200 m), you will reach a high wall, behind which is the cemetery. Now just turn left to reach its gate.

Being on Castle Hill, it’s worth looking at your watch so you don’t get scared. Every day, punctually at noon, you can hear a cannon shot in Nice. The especially loud rumble can be heard on Castle Hill. According to the story, Sir Thomas Coventry-More, firing his cannon, notified his wife to come back from the city center for lunch.

There are two historic cemeteries on Castle Hill in Nice. First, you pass the Jewish cemetery, and then you enter the Catholic cemetery. There are the tombs of aristocrats and famous people, among others the grave of Emil Jellinek, the creator of the Mercedes brand (which was his daughter’s name). After visiting the necropolis, you can go down the stairs leading to the Old Town, where you will pass nearby to the fish market.