Cimiez – a district of Nice

Cimiez – a district of Nice

Cimiez is a district of Nice that centuries ago was a separate city. You will find the ruins of Roman buildings, an olive grove, and a beautiful Franciscan garden there.

Cimiez is a district that lies north of Nice. At its center is the wide Boulevard de Cimiez, on which buses run, including the line 5 from the city center. Because Cimiez sits on a hill, it is best to get there by public transport and walk back down between the magnificent villas.

Cimiez (Latin: Cemenelum) was the capital of the Roman province of Alpes Maritimae (Maritime Alps). In its magnificence it was more important than the nearby Greek Nikaia (today’s Nice).

It’s best to start exploring the area from the intersection of Avenue de Cimiez and Avenue Regina. Here stands a magnificent building called the Excelsior Regina (now an apartment building), built in 1897, in which 70 rooms were rented by the English Queen Victoria during her holidays on the French Riviera. The building was constructed to celebrate her arrival in Nice. The Queen supposedly valued the private walks of the Old Town of Nice and the Promenade des Anglais so much that she went there in the guise of an “ordinary” townsperson under the false name of Lady Balmoral. In the center of Nice there is still the chocolate factory in which she personally bought her favorite delicacies (Patisserie Henri Auer, 7 Rue Saint-François de Paule). 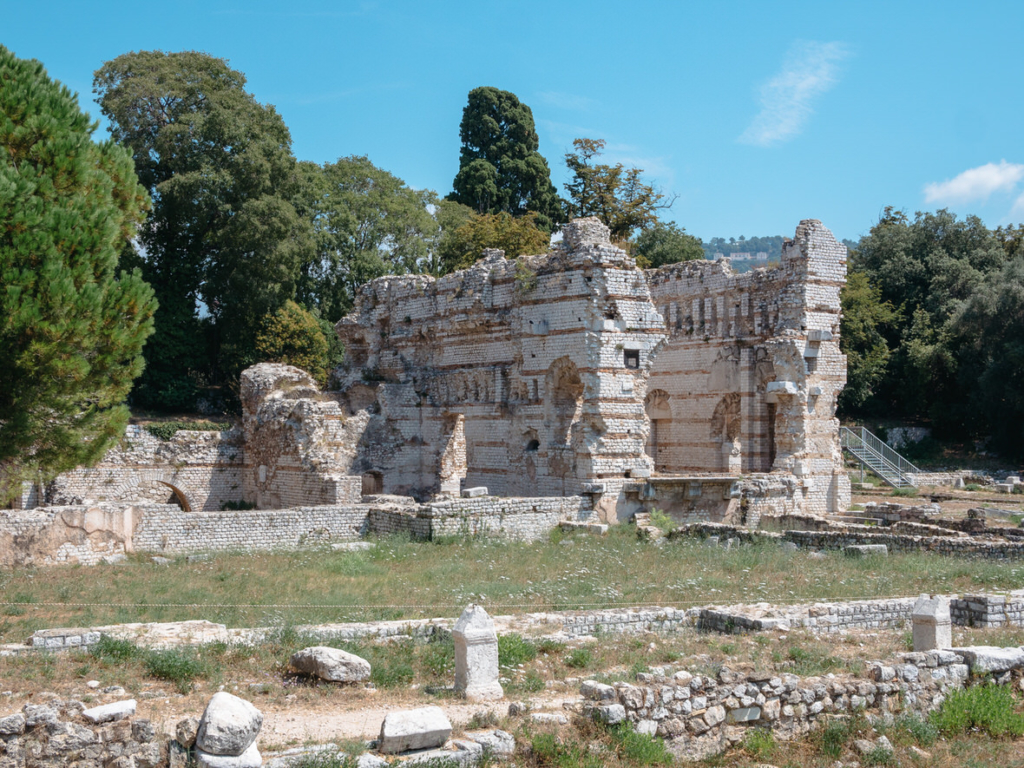 Leaving the hotel Excelsior Regina on the left, just walk 100 meters to enter the large city park with its many valuable and noteworthy objects. At the entrance you will find the ruins of an ancient arena, and just behind it there is the entrance to the Archaeological Museum. Lovers of very old times will find many interesting exhibits from antiquity there. Some of these were fished from galleons that had sunk in the area off the Côte d’Azur. The museum also serves as a gate to the archaeological site where the remains of a Roman city were discovered.

Going further into the park (after leaving the Archaeological Museum), you will pass a red building on the right; this is the Matisse Museum. This famous painter lived and worked in Nice for many years until his death. He is buried in a nearby cemetery.

Passing the olive grove with its evenly spaced trees, you will reach the stairs leading to the Church of the Assumption of the Blessed Virgin Mary (Notre-Dame-de-l’Assomption). Now you are already in the Franciscan monastery and you will find a beautiful garden just on the right.

Cimiez, among the attractions of the French Riviera

The monastery in Cimiez was founded in the ninth century by monks from the nearby Benedictine abbey of Saint-Pons. In the fifteenth century church, which has a decidedly dark atmosphere, there is a baroque altar from the seventeenth century, a marble cross from 1477, and paintings by Louis Bréa: Piéta (triptych from 1475), Crucifixion (about 1512), and Mourning (1515). 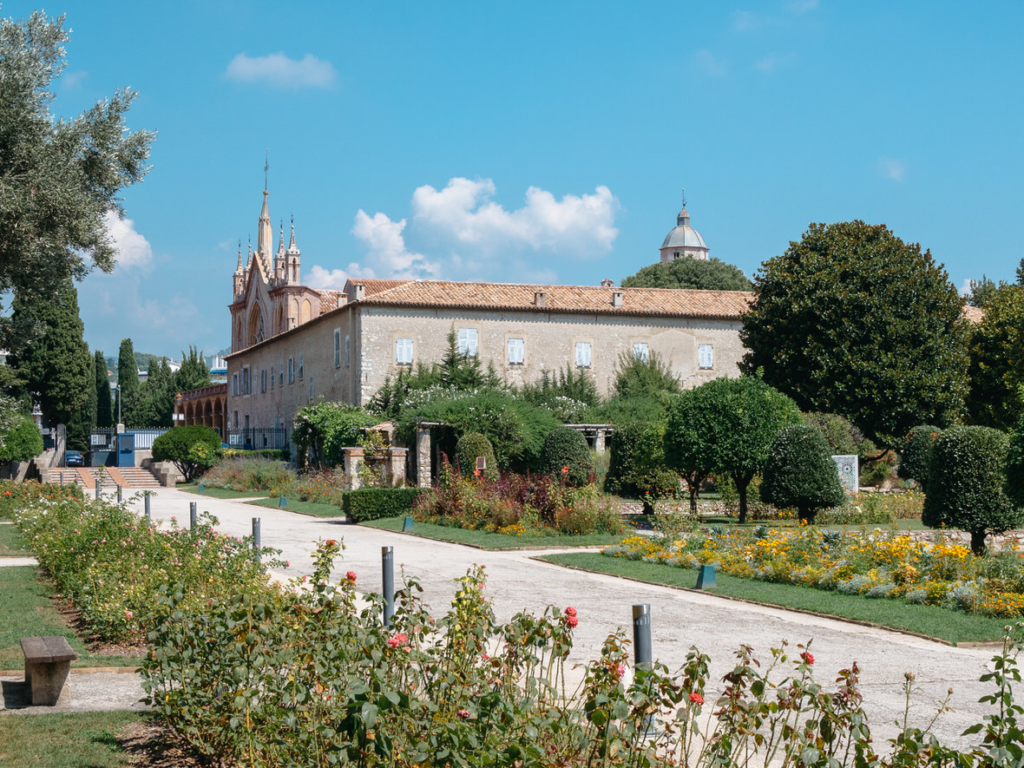 Under one of the side altars I also found a mummified body in a glass coffin dressed in garments, but surprisingly no information about the person encased there. Nowhere in the church was there any information either – at least I didn’t find any.

When leaving the church it is worth visiting the Franciscan Museum and then visiting the historic cemetery adjoining the church walls. There you will find the graves of the painters Henri Matisse and Raoul Dufy, as well as the Nobel Prize winner, Roger Martin du Gard.

At the end, visit the garden of the monastery from where you can admire a panorama of Nice. Returning to the city center, it’s worth seeing the Marc Chagall museum, which is nearby.