The Marc Chagall National Museum in Nice caused a sensation in France if not beyond. It is unusual in that it was opened personally by Chagall himself – and his work entirely fills the building. Usually, such museums are created after an artist’s death.

The Marc Chagall National Museum in Nice (Musée Marc Chagall) was opened in July 1973 by Chagall on his 86th birthday. For the first time in France, a living artist had opened a museum of his own works. The museum is housed in a building that was specially built for the purpose, and is surrounded by a garden of Mediterranean flora.

Marc Chagall (1887–1985) was a world-famous painter and graphic artist. He came from Vitebsk and had both Russian and French citizenship. From 1966, he lived with his second wife, Valentina Brodsky, in Saint-Paul de Vence, where he died. He is buried in the local cemetery in the village.

The Marc Chagall National Museum in Nice, for art lovers

The museum has an exhibition of the artist’s works that are related to religious themes. There are 17 large paintings on Old Testament motifs painted by Marc Chagall. The whole cycle is called the “Biblical Message” and although it faithfully imitates the biblical texts, the images have not been hung in the order as set out in the Old Testament. Instead, Chagall himself decided on the order of the exhibition. 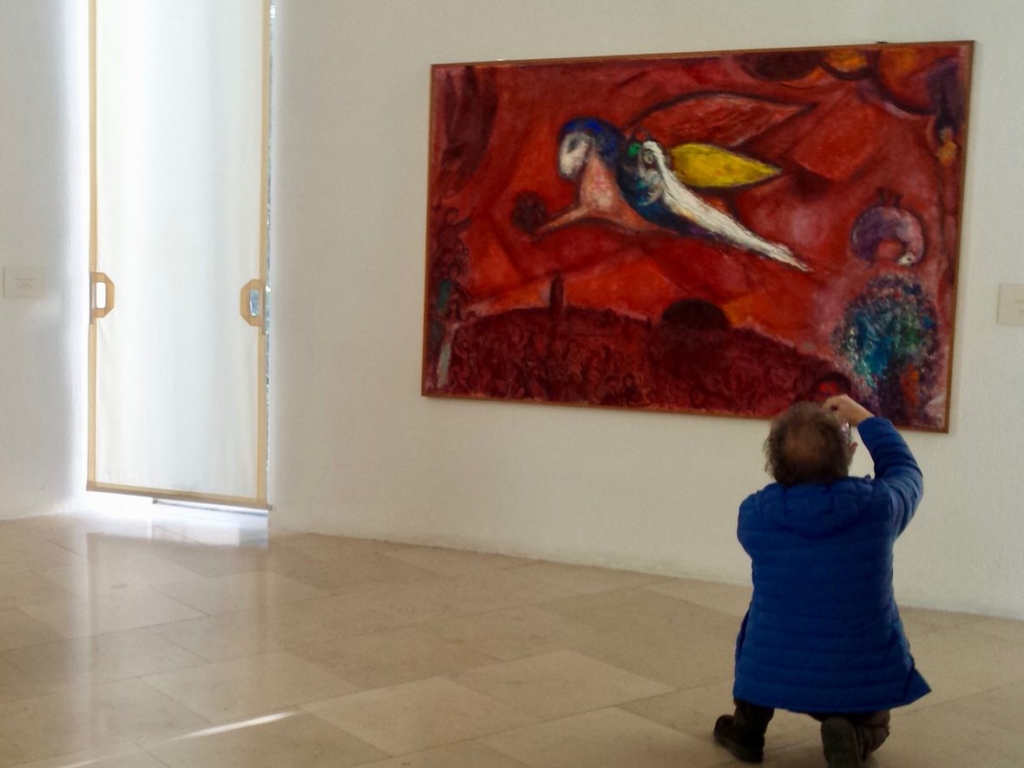 12 paintings refer to the “Book of Genesis” and the “Book of Exodus”, and 5 to the “Song of Songs”. These 5 works hang in a separate, round room, and right next to the entrance there is an inscription by Chagall: “A Vava, ma femme, ma joie et mon allègresse”, which in translation is: “to Vava, my wife, my joy and my gladness”.

The artist’s original intention was to use the works to decorate the chapel in the town of Vence, located near Nice, behind Cagnes-sur-Mer. Chagall lived there between 1949 and 1966.

Among the other works exhibited in the museum, it is worth mentioning the wall mosaic “The Prophet Elijah”, which Marc Chagall created specially for the museum. It is located on the outer wall of the building and is completely reflected in a pool in front of which observers stand.

There is also a concert hall within the museum, which has stained glass windows by Chagall, and depicts the creation of the world. Also in this room a film is shown about the artist: “Chagall, à la Russie aux ânes et aux autres”, dir. François Lévy-Kuentz. The screening lasts 52 minutes. There is an English version shown at 11AM and 1PM, and a French version at 10AM, 12PM, and 2PM. 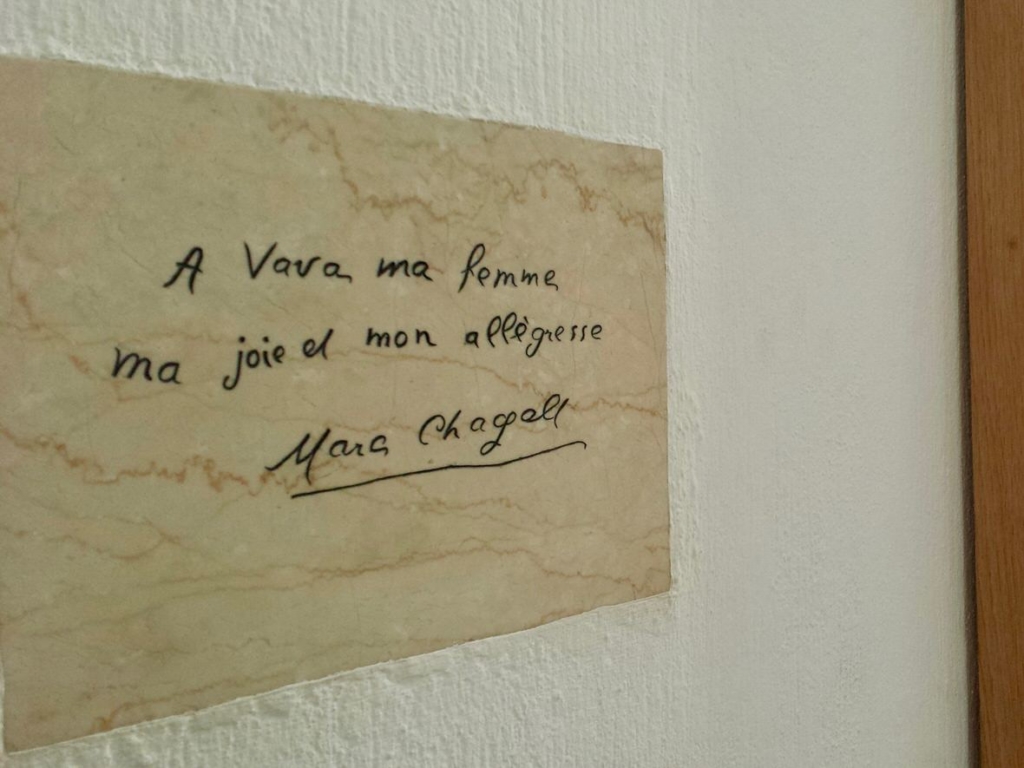 How to get to the Marc Chagall museum in Nice?

The Marc Chagall Museum is located at the beginning of Cimiez Boulevard (Boulevard de Cimiez) that leads to the center of the Cimiez district – which I recommend you visit. You can find the museum at 36 Avenue Docteur Ménard (a side street). The road to the museum is well marked. You can reach Cimiez on foot from the center of Nice, or, for example, take the number 5 bus. In the museum there is a souvenir shop as well as a cafe where you can order snacks.

Opening hours and ticket prices can be found on the museum’s website: musees-nationaux-alpesmaritimes.fr.