The Lerins Islands (Îles de Lérins) is an archipelago of 4 islands located near Cannes. These islands are a great place to relax in nature, away from the crowds of tourists who stay on the French Riviera.

The largest of the Lerins Islands is Saint Margaret (Île Sainte-Marguerite), while the other reasonably-sized island is Saint Honorat (Île Saint-Honorat), which is the private domain of Cistercian monks. The last two islands are tiny and uninhabited. The islands are located near Cannes and can be reached by ferry from Cannes, Antibes, Nice, and other cities along the French Riviera.

The island of Saint Margaret is the largest of the Lerins Islands, but still has a relatively small area (150 ha). On its western side there is a lake – a closed nature reserve that attracts many species of migratory birds. You can admire them from specially prepared, roofed look-outs. The other natural attraction is an alley of eucalyptus trees, which you will find in the central part of the island. 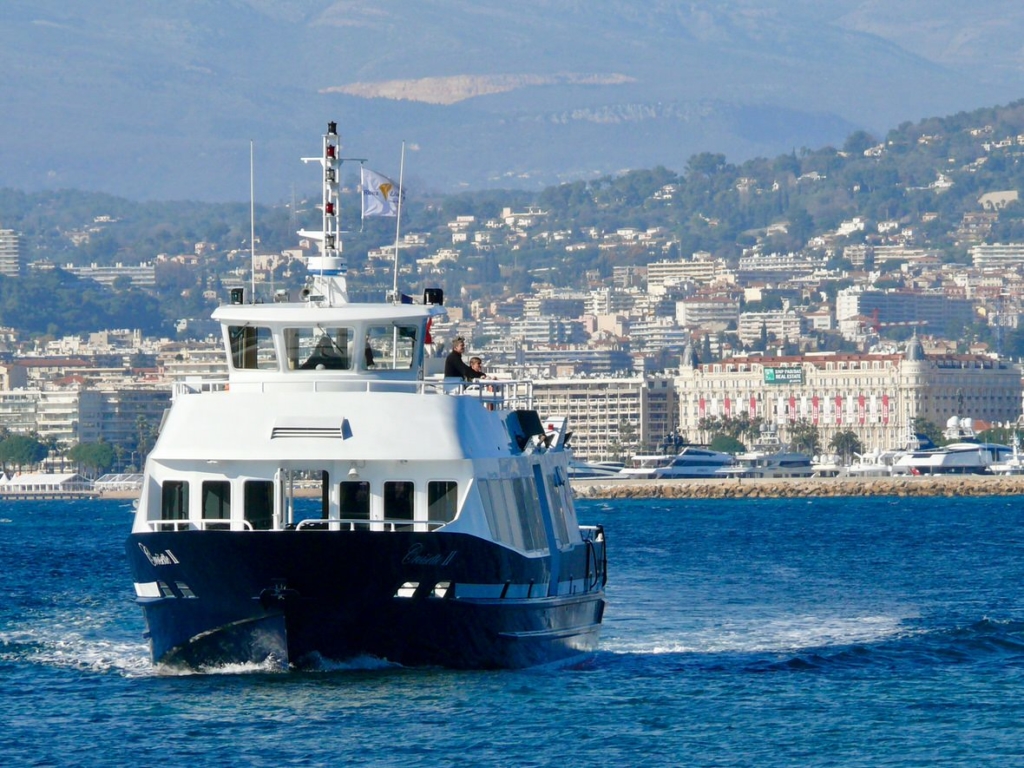 During its history the island was militarily important – it defended a navigable route as well as nearby ports. You can still see today the shot furnace (four à boulets), used to heat cannon-balls, installed at the end of the 18th century on the order of Napoleon Bonaparte. There is also a bunker from the Second World War nearby.

Saint Margaret’s coastline is 9 km long and it is relatively easy to get around it. It is mostly rocky, but there are some interesting wild beaches. You can start your journey immediately after arriving on the island by ferry, or first visit Fort Royal, in which the Man in the Iron Mask was imprisoned. Choosing the order and direction of your walk is not really important. You just have to remember to take something to drink, and maybe also to eat, because the island is a great place for a picnic (though there are restaurants available).

Island of Saint Honorat and the Cistercian abbey

Saint Honorat island is named after Honoratus of Arles. This Catholic saint lived on this island near Cannes in the early 5th century and founded a monastery there. It is worth noting that Saint Patrick, the patron saint of Ireland, was educated here. The island is owned by the Cistercian Order, and the monks live in a monastery that was built in the 19th century (Abbaye de Lérins). They are famous for the production of wine from their own grape varieties, and for the production of olive oil. Their products can be bought in the cloister’s shop, but the prices are definitely high there. 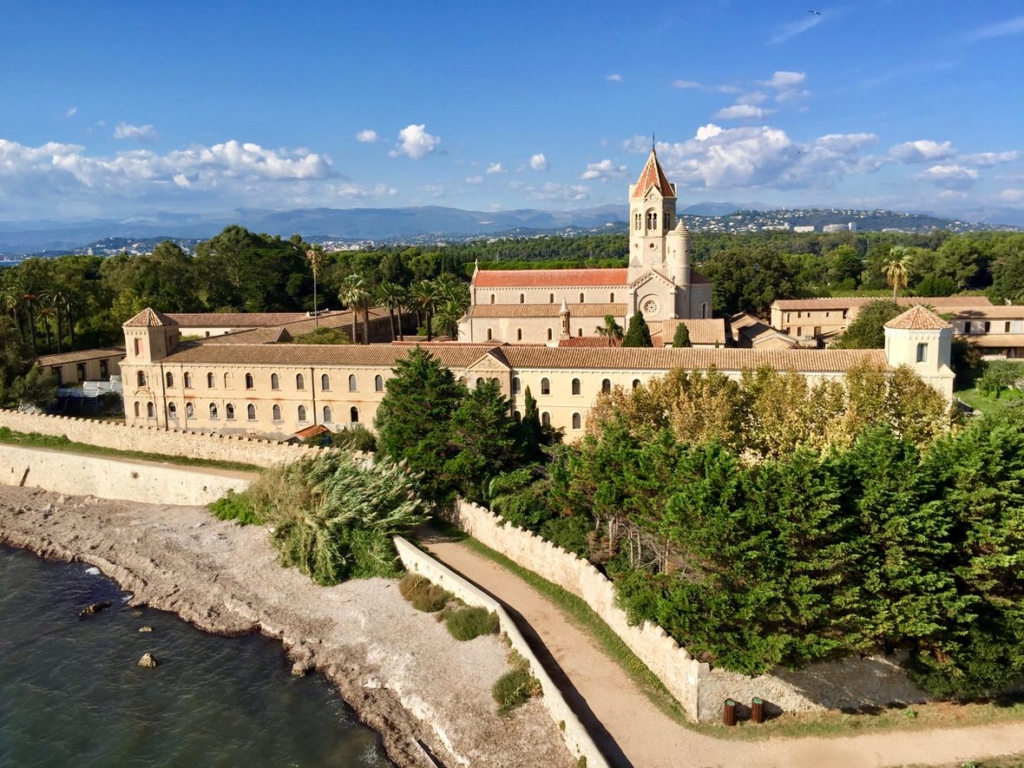 View of the abbey on the Saint Honorat Island

The religious history of the island is confirmed by its buildings. Walking around this piece of land, you can often come across sacred objects: old chapels, statues of saints, and, of course, abbey buildings. But on the island you can also find traces of old wars – there is an age-old furnace for cannonballs, along with a much younger bunker. You should particularly look out for the fortress standing on the rocks near the sea – it is the remains of a fortified monastery from the 15th century. This building can be visited for free and I recommend going to the very top because the views from there are beautiful.

The abbey next to the fortress is mostly closed to the public. However, it is worth approaching the church door itself, because there are many interesting sculptures and also a gallery with flowers. The view of the church tower surrounded by tall palm trees is so magnificent it strikes you with awe. To encounter this amazing scenery I encourage you to walk around the island in a counter-clockwise direction. So after leaving the ferry, go westward, to the right.

Saint Honorat island is only 1.5 kilometers long and just 400 meters wide. You can get around it in less than an hour at a gentle walking pace. Of course, in reality it will take much longer because it is worth stopping to admire the beautiful views and enjoy the charms of the local flora.

How to get to the Lerins Islands?

You can take a ferry to the Lerins Islands. They run from the Old Port of Cannes, but also from other nearby cities on the French Riviera such as Antibes and Nice. Before the cruise you have to decide which island you want to visit because there is no ferry between the islands.