Mont Boron hill separates Nice from Villefranche-sur-Mer. Here there are beautiful villas, one of which is owned by Elton John. At the top of the hill stands the monumental Fort du Mont Alban, but the whole hill is a place of family picnics.

Mont Boron hill in Nice rises to almost 200 m above sea level (191.3m) and allows you to see the Old Port of Nice and the city from a completely new perspective. On the other hand, you can also see the entire village of Villefranche-sur-Mer and the Cap-Ferrat peninsula. It’s worth seeing these views!

The hill can be reached by No. 33 city bus from the city center, but the hiking trail is not difficult, so it’s worth taking the longer walk to get there. You just have to remember to take something to drink because there are not many shops along the way.

At the top of Mont Boron you will find, above all, a magnificent, densely wooded park (Parc du Mont Boron) as well as the previously mentioned villas. In one of them, the closest to the big antenna with the transmitters, lives Elton John. Strolling through the forest (having Nice on your left) you come to a fort called Mont Alban. Unfortunately, this building is closed, but it’s worth seeing from the outside because it is well-preserved. If you have a car, you can take it up to the fort where you have great views. 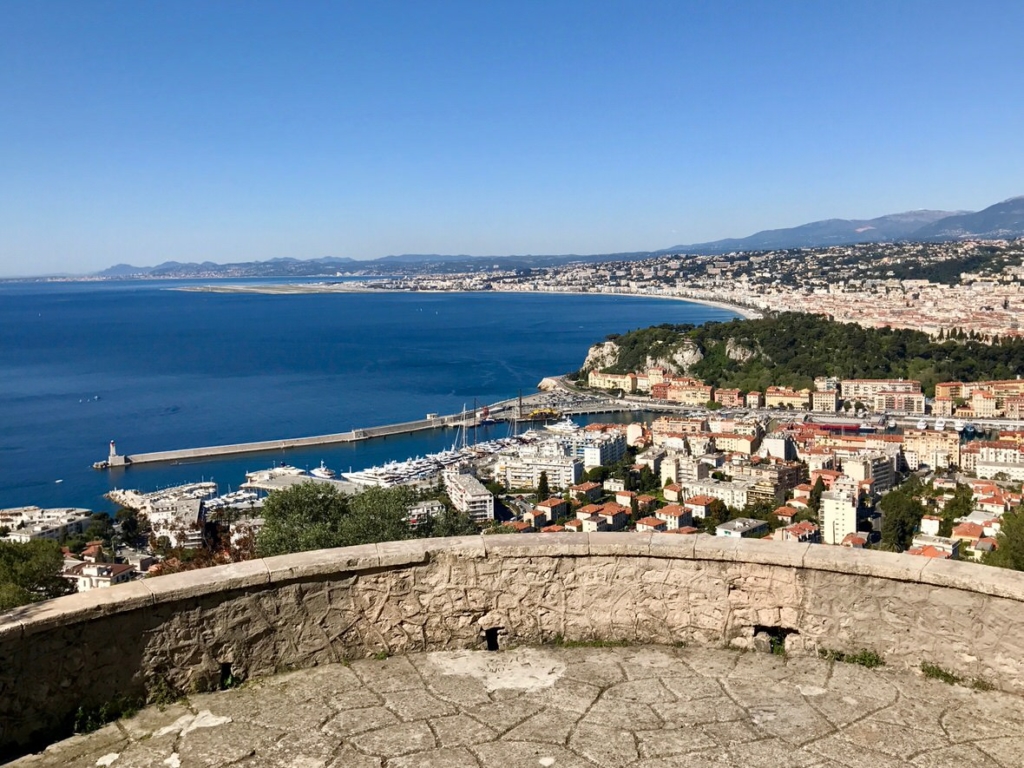 From Mont Boron you can go back to Nice or to the village of Villefranche-sur-Mer, where there is another fort, or rather a citadel (Citadelle Saint-Elme). There are several descent paths, all relatively easy. From the town you can then return to Nice by bus or train.

Fort Mont Alban is a military installation, which is perfectly visible from Nice and was erected in the 16th century on Mont Boron hill. It was built a few years after the citadel at Villefranche-sur-Mer. The fort served the same functions as the citadel – to help protect the Sabaudia coastline. The building was still being used during the Second World War, when it was a broadcasting station.