Being in Nice you must visit Parc Phoenix. It’s a zoo, a tropical botanical garden, a playground, and a picnic place, all in one. Entry costs €5, and you can spend many hours there. I highly recommend it.

Parc Phoenix in Nice is located right by the airport. This neighborhood has its pros and cons. From here you can watch aircraft taking off while lying on the grass under the palm trees. Unfortunately, the constant noise and smell of aviation fuel can be a problem for people who are not fascinated by aviation.

The general condition of the park is also a big downside, although it is now slowly being renovated. Despite these inconveniences, Parc Phoenix should be a must for every trip to the Cote d’Azur! There are attractions for all tourists, both small and large. This is one of my favorite places in Nice.

Parc Phoenix was established in 1990 and covers 7 ha, so it is worth spending even up to 2 hours to visit it.

Just after entering Parc Phoenix, you will find yourself in front of quite a large lake (6,000 m2), which has been taken over by many birds, including ducks, peacocks, swans, and pelicans. The building visible on the water to the right is the Museum of Asian Art, which you can visit for free (it is included in the entrance ticket to the park). On the left you will hear the sound of classical music to which water in a fountain dances. You can sit down comfortably in a small amphitheater and appreciate how the water gushes out to the rhythm of the music. 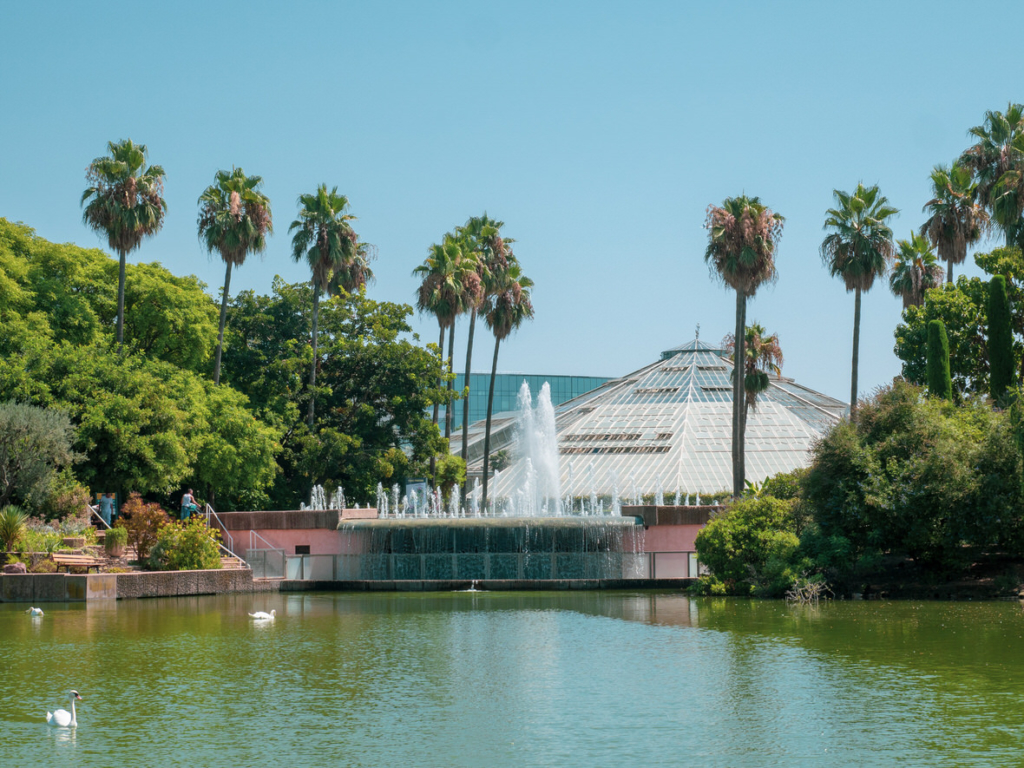 While walking around the lake, you will come across a cascade with bridges over it that lead to another fountain, and finally to a huge grassy square where the inhabitants of Nice and tourists are happy to picnic. On its left side you will find a gastronomic point, while on the right you will find an area inhabited by numerous animals.

The zoo in Parc Phoenix will surely please the little ones. You can admire curious ostriches, turtles swimming in a stream, resting kangaroos, many species of parrots, and even porcupines and lemurs. At the end, there are the very noisy Ara parrots, and just behind them is the entrance to the playground for children and the main attraction of the park – a greenhouse in the shape of a huge pyramid.

A greenhouse with a tropical garden in Parc Phoenix

The glass pyramid, visible after entering the park as well as from the roads around it, is the largest object of its type in Europe. The 25-meter high Green Diamond (le Diamant Vert) has a diameter of 100 meters, a 7,000 m2 floor area, and up to 10,000 m2 of glass surface. The greenhouse is already past its best years, and through the partially painted white windows, does not resemble a green diamond, but its interior makes a great impression anyway! 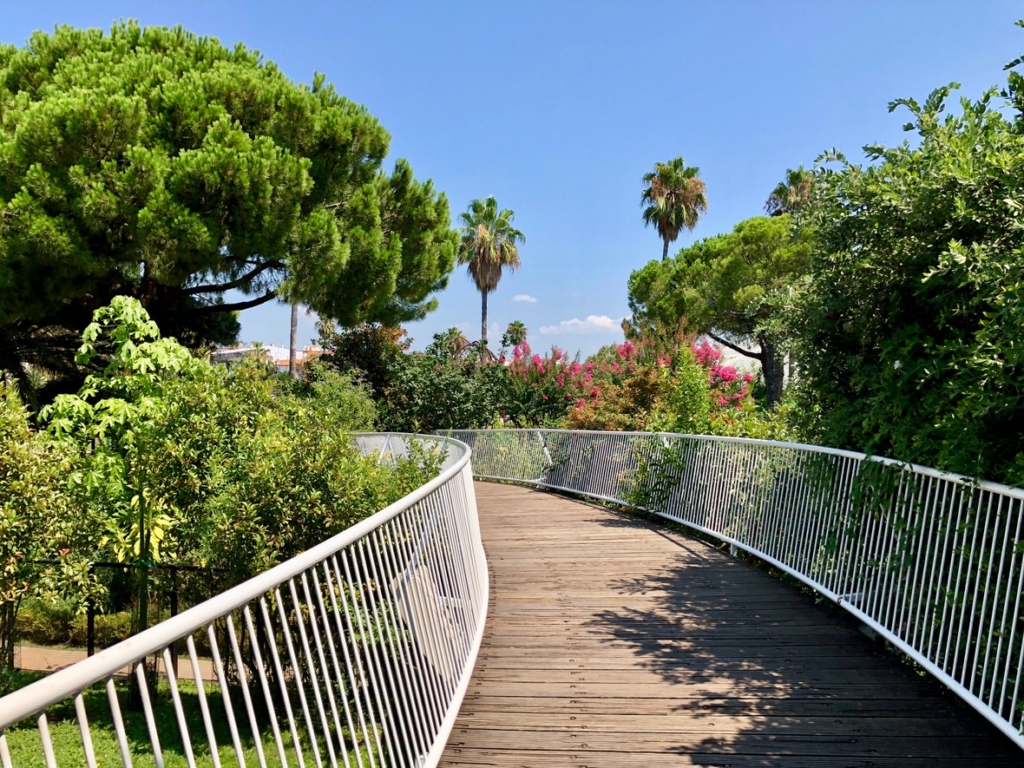 Within its spaces, as many as seven different climatic zones have been reproduced. Immediately after entering the pyramid you will be hit by hot tropical air with a humidity of up to 90%. Large palms, banana trees, ferns, and many other plant species grow here. In the air butterflies fly, while exotic fish swim in the water. Orchids grow nearby, and pink flamingos eat delicacies while wading in shallow water. You will even find a hut where you can sit on a terrace and admire the whole richness of nature.

Under the roof of the greenhouse is also a small aquarium containing a coral reef. It isn’t anywhere nearly as impressive as the Oceanographic Museum in Monaco, but it perfectly complements the rich interior of the building; just like the caimans living, safely, behind a window.

The Parc Phoenix in Nice is open from 9:30AM to 6PM during the winter season (from October 25 to March 30) and from 9:30AM to 7:30PM on the other days of the year. The admission ticket costs €5 and children under 12 enter for free. Right in front of the entrance is a car park and a Vélo Bleu bicycle park, so you can rent a bike in the center of Nice and get right to the ticket office. You can also get to the park by using the T2 tram from the city center. 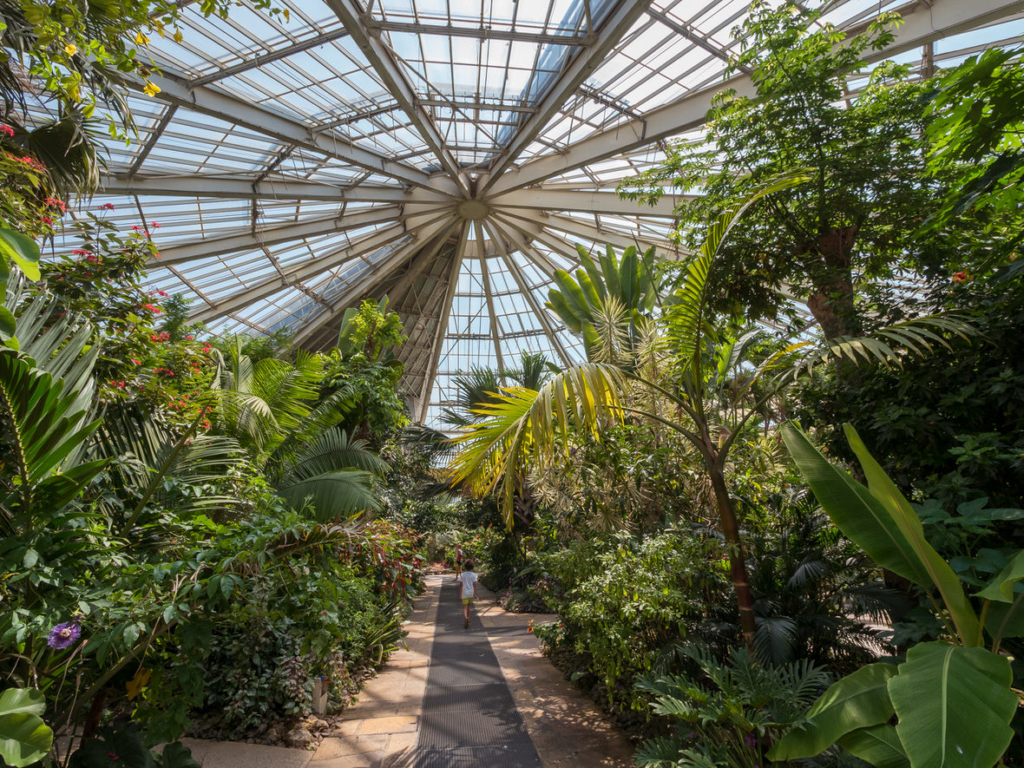 Additional information can be found at parc-phoenix.org.