Museum of Naive Art in Nice

Museum of Naive Art in Nice

The Museum of Naive Art in Nice collects the art of artists who can be considered amateurs. But do not be fooled, because the works presented here are very interesting.

The International Museum of Naive Art (Musée International d’Art Naïf Anatole Jakovsky) in Nice is located outside the city center. It exhibits a collection of works (paintings and sculpture) by authors who can be considered amateurs in the world of art. This is a very interesting museum and I think that its collection will appeal to people who are not interested in art.

Naive art (or primitivism) is a trend in contemporary art associated with amateur artists. The creators have not studied art but have developed their skills from an internal need to create. Often, there are people who suffer from mental illnesses among them. Naive painting sometimes resembles more refined children’s paintings. What impresses me most is the attention to detail.

The Museum of Naive Art in Nice is housed in a villa formerly owned by the perfume producer – François Coty. Anatol Jakovsky, whose name the museum bears, was a French naïve critic who donated his collection to the institution. One of the most important naive artists was Henri Rousseau, whose work can be seen in the Museum of Naïve Art in Nice, and some of the best known museums, for example, in the Museum of Modern Art in New York.

Visiting the Museum of Naive Art

The entrance ticket to the museum costs 6 euros, but for 10 euros you can buy a ticket entitling you to enter other establishments in Nice within 24 hours. The entry fee for seven days costs 20 euros. The museum is open all week except Tuesdays. From 2 January to 22 June and from 16 October to 31 December it is open from 11AM to 6PM, from 23 June to 15 October from 10AM to 6PM. There is always a break between 12:30PM and 1:30PM. 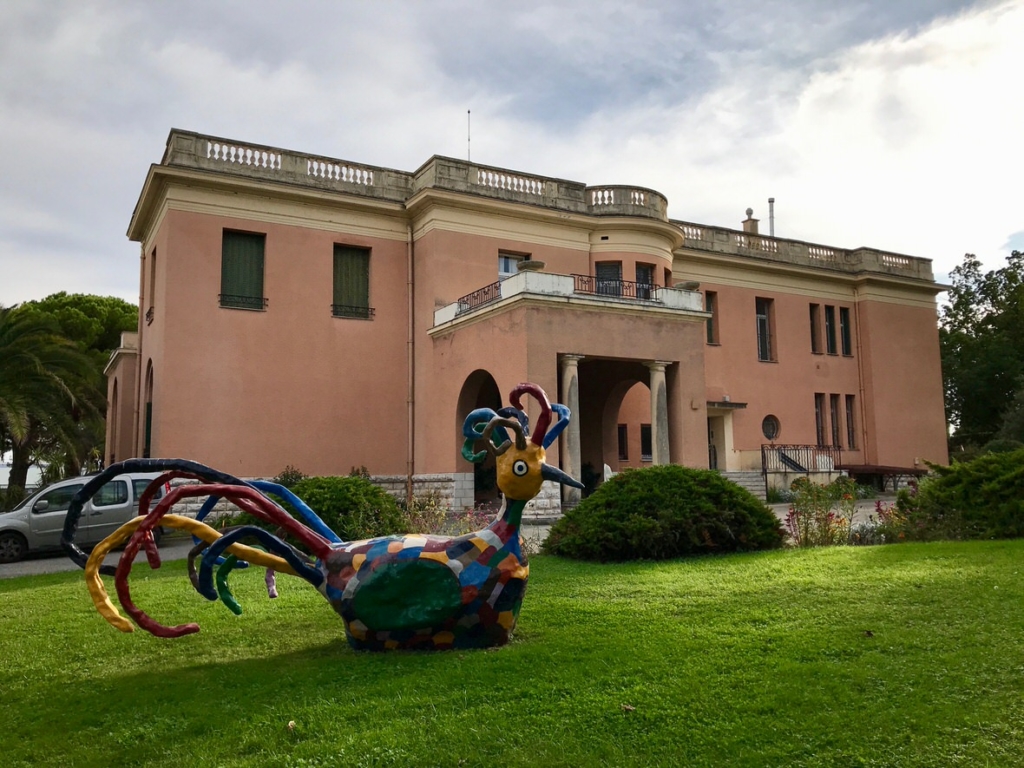 The entrance gate to the estate with the museum is always closed. Just press the doorphone button so that the employees can open it. Free parking and toilets are available on site. You cannot take pictures inside the building.

It is worth spending a minimum of one hour visiting this museum.

How to get to the Museum of Naive Art in Nice?

The museum is located at the Château Sainte-Hélène, 23 Avenue de Fabron, 06200, Nice. It’s very close to the Promenade des Anglais, but relatively far from the city center. The best way to get there is by bus number 34 (Deux Cyprès stop) or take the T2 train and get off at the Fabron stop, which is on the promenade, then follow the signs (about 10 min, 650 m).