Biot is a town that was dominated by pirates at the end of the 14th century – today it is famous primarily for its artistic ceramic products. The tiny Old Town is full of galleries, restaurants, and shops.

Biot lies just before Antibes if you are coming from Nice. It is a small but charming town with quite an interesting history. I met nice people there and also had a very nice meal.

Biot – a city of pirates and ceramics

The old town of Biot is small and lies on a hill. Walking along the main street, rue Saint-Sébastien, it doesn’t take long to reach the other side of the town. Along the way it’s worth visiting the small galleries and workshops for artistic ceramics that Biot is famous for. This is mainly due to the surrounding lands being rich in clay.

The French artist and director, Fernand Léger, lived and worked in Biot, and his works can be admired at the nearby Fernand Léger Museum. Another interesting place is the Verrerie de Biot glassworks, which has been operating since the 1950s.

Biot’s origins date back to Roman times. In and around the town, archaeologists have found a lot of evidence documenting life from that time. Even fragments of a farm from the 3rd century AD that produced olive oil and wine, were discovered. Later Biot belonged to the Knights Templar, was then destroyed as a result of a war (14th century), devastated by the arrival of the plague, and soon after, attacked by pirates who plundered the city and the region. 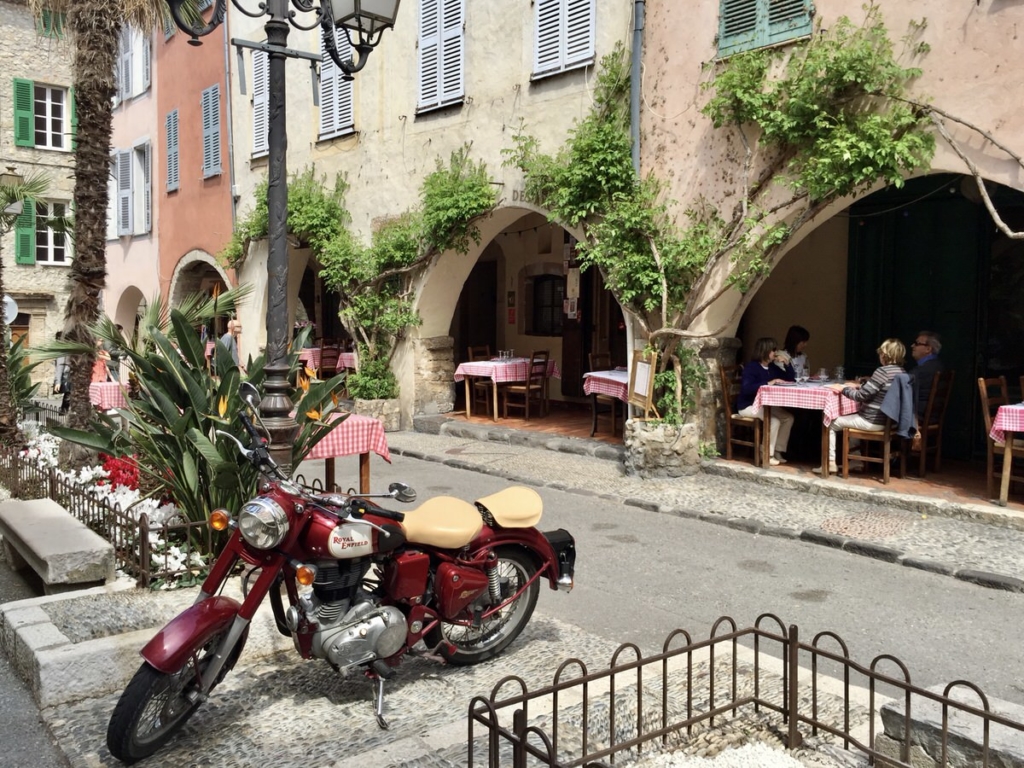 The situation improved at the end of the 15th century, when the King of Provence, Rene Anjou, settled the town with decent citizens. He brought 50 families from Italy to whom he gave land and privileges. He helped them rebuild the city, exempted them from taxes for 25 years, and provided free access to the sea and its resources. Their descendants still live in Biot today.

Strolling through the narrow streets of old Biot you can’t miss the charming Place des Arcades. You can have lunch in the restaurant under the arcades and watch the slow lifestyle of people resting on the porches of their homes under the arcades opposite. At the end of the square on the left is the entrance to the small Place de l’Église where the church of St. Mary Magdalene from the 16th century (Église Sainte Marie Madeleine) is located. 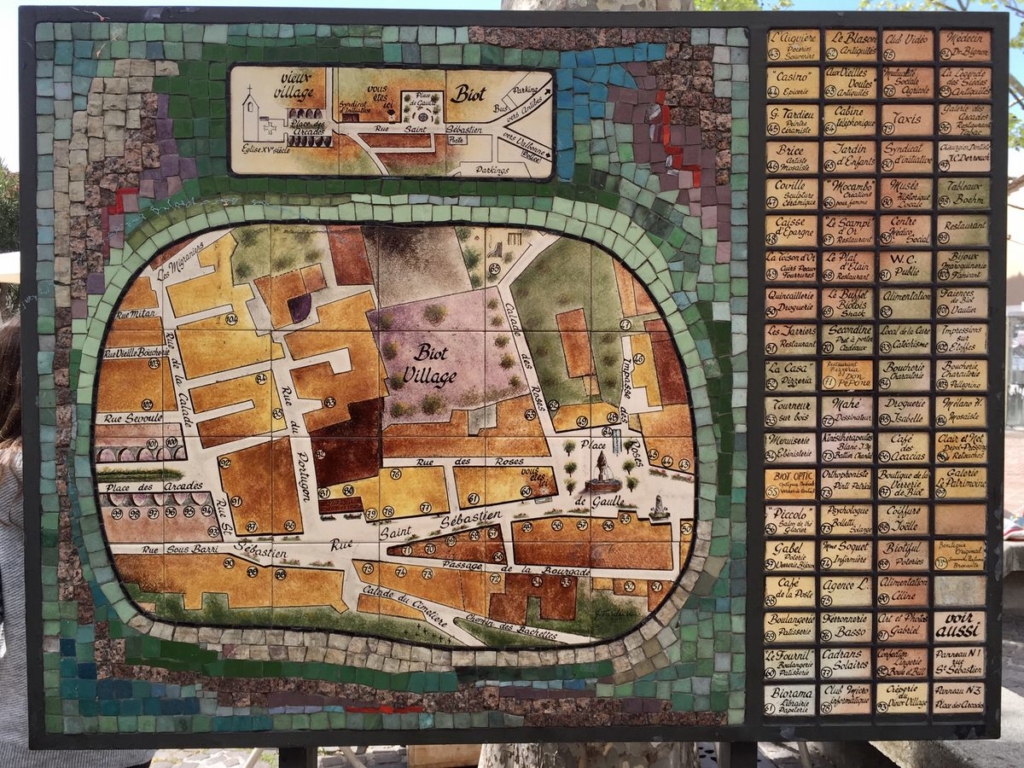 The town has many nice restaurants in which delicious food is served. During my visit I had lunch at le Mas des Orangers at 3 rue Roses. The service was very nice and the food was excellent. In addition, their summer garden is located on a small square in the shade of a tree. The local produce they use in the restaurant can also be bought from them.

How to get to Biot

You can reach Biot from Nice using the train, or bus number 200 going to Cannes. In both cases, get off at the Biot train station; from here you will need to walk about 3 km to the town. There are also Envibus bus connections from Antibes. I reached the town by scooter, which seems to me the best option.